Holland Casino is the popular short name for the National Foundation for the Exploitation of Casino Games in the Netherlands. It is the state owned holding company that has the legal monopoly on land casino gambling in the Netherlands. There are only 14 casinos operating in the country and all of them are owned by Holland Casino. The first casino was opened in 1976 and the largest casino is in Amsterdam. You will find some other establishments in the Netherlands that style themselves as Casinos. This is a misnomer, because they only offer electronic gambling games like slot machines.

Gambling legislation in the Netherlands 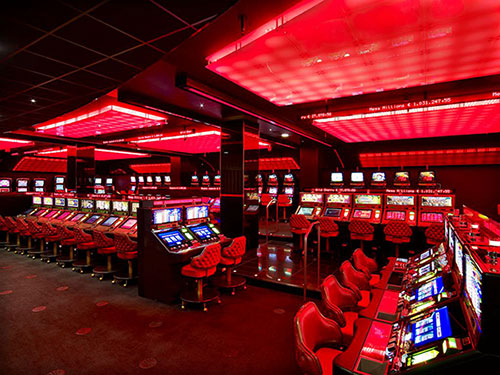 The Dutch Gambling Act of 1964, commonly referred to as the WOK, is the legislation that governs all forms of gambling, including land casinos, in the Netherlands. According to the provisions of this act, only one licence can be awarded for land based casino activity. That licence was awarded to Holland Casino. Holland Casino is owned by the state and therefore the state exercises a monopoly in land casino gambling. It is regulated by the Dutch Gaming Authority, known as KSA.

The profits from the Holland Casino chain go directly to the Dutch Treasury. Till about 2008, Holland Casino was making money with a profit of over €250 million. However, it is now making losses. The losses amounted to €22.3 million in 2013. As a result of this and under pressure from the European Commission to end the monopoly, changes have been proposed in the law. The draft legislative proposal has been formulated as the Modernization Casinos Regime Act. In September 2015, the Dutch Government decided that the Holland Casino establishments would be split into two independent blocks and sold to private parties in 2017. Further licenses would be issued to foster competition. Given that gambling reform is not a priority for the Government, it is unlikely that this will go through as scheduled.

Holland Casino and its establishments

The first casino was opened in 1976 and today there are 14 casinos operating under the Holland Casino group. The largest casino is in Amsterdam. Holland Casino claims that you can visit one of its establishments within a 30 minute drive from anywhere in the country. Apart from the regular gambling facilities, the casinos offer excellent restaurants and spectacular shows by well-known Dutch artists. The complete list of venues where Holland Casino establishments are located in the Netherlands is given below.

Players can wager on all the regular land casino games that include roulette, blackjack and baccarat. Poker based card games like Ultimate Texas Hold’em, Three Card Poker and Four Card Pokers can also be played. Poker cash games and tournaments are also held. Live bingo is quite popular. You will find many slot machines. The most popular is the Mega Millions Jackpot, which is connected to over 150 machines across the country. This slot machine has a five-tier progressive jackpot scheme. The top level guarantees a payout of at least €1,000,000 when hit. You need to play with a bet of €5.

Like Dutch online casinos, Holland Casino offers an attractive loyalty program. Even first time visitors are entitled to the Welcome Card. This offers discounts at the restaurants, invitations to exclusive events and subscription to the Favorites magazine. On your fourth visit in the same year you get upgraded to the Black Card. This offers additional benefits of free entry for one guest and a birthday gift. Twelve visits a year fetches you the Platinum Card with faster accumulation of reward points and free entry for three guests. On the top is the Diamond Card awarded for 25 visits to any Holland Casino in a year. The exclusive privileges include complimentary drinks.

The Amsterdam Center of Holland Casino is on Max Euweplein 62, which is situated in the main entertainment area of the city close to the Leidseplein, the museums and the canals. The casino is open between 12 pm to 3 am every day. The building has been recently restyled reflecting a modern but attractive frontage. The gambling includes roulette, blackjack, Punto Banco, poker and more than 550 slot machines. The casino has furnished with a new restaurant on the third floor called Lido Amsterdam. It also accommodates a variety of entertainment like the hilarious Comedy Night, the Club Night and We Are High Rollers.

Rotterdam is the business capital of the Netherlands and Holland Casino Rotterdam is the place where you would find locals and tourists after a hard day of wheeling and dealing. The casino is located in the bustling heart of Rotterdam, opposite of the Central Station. The casino is open between 12 pm to 3 am every day. The usual casino games and slots machines are on offer and there are special packages for new players who want to learn the ropes. For excellent and varied culinary offering try out Restaurant Toms located on the 2nd floor.